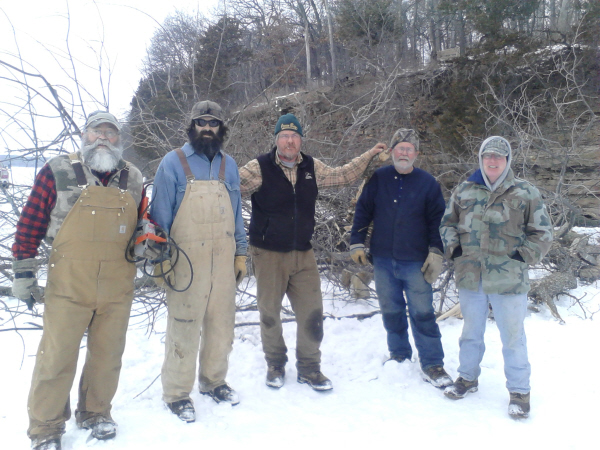 The GL Chapter volunteers, with the help of Jeff Washkovick of R&R Wash Materials of Ripon who donated his Saturday and a CAT mini excavator with various mini excavator attachments, assisted in the placement of our first “Fish Sticks” project. The dozen or so volunteers dropped several large live oaks from the shore of the area known as the “Winnebago Trail” on the Green Lake Conference Center grounds, this is one of the several properties purchased by the Green Lake Sanitary district as conservatory set-back properties.

Whew what a learning curve, and a full day’s work. If it wasn’t for the outstanding generous donation by Jeff Washkovick of R&R Wash Materials we might still be out there working on this project. We placed about 400 to 500 pounds of rock at various locations along the length of trees, and enhanced the crown with other various live smaller trees. Four “Duckbill” anchors were driven straight down into the lakes shore-line to secure the trees to the shore. Hopefully this is just the first in many more placements, providing the 2015-2016 winter brings us good ice. 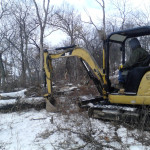 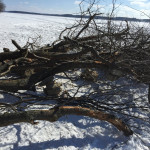 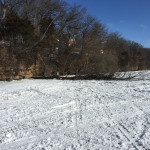 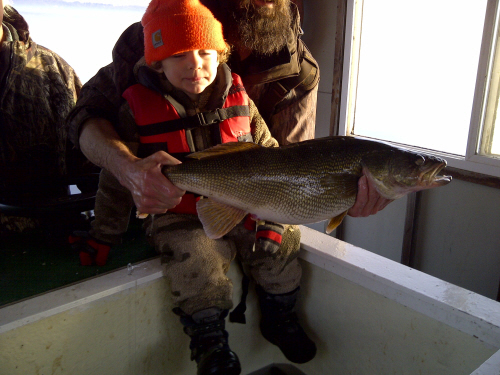 The Green Lake chapter no longer has to OTC their fry prior to spring stocking. The DNR has found proof that the WFT GL hatchery has in-fact been bolstering the walleye fishery of Big Green Lake through its fry stocking efforts. This past October the WI DNR did capture 74 YOY (young of year) walleyes from Big Green of which 30% tested positive with our OTC markings!!!!!

But as explained by a DNR personal these fry are individuals like each of us and the fry’s tolerance level is different just like our tolerance levels differ between us all, therefore you could be the best chemist in the world but yet not all the fry will be marked, therefore a much higher number of these fry possibility could have come out of the Green Lake Hatchery. The most interesting aspect of this study is the growth rate; the GL YOY fry had to be sent back twice to be sure that they were YOY (Young Of Year) fry which in fact they were. The smallest was 6.22” and the largest was 8.86” in a five to five and a half month growth period!! 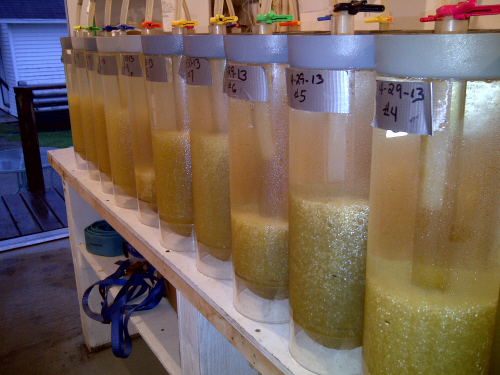 Which is outstanding growth rates! Due to the OTC process the GL chapter may have stumbled upon something that maybe looked at by the WI DNR, due to the OTC process the GL fry were released very late in the day in mid to late May. This fry release coincides with the movement of the microscopic organisms to the surface layers of the lake, just at the same time that the fry were released and are looking for a meal. This coupled with the low light period these released fry may not be preyed upon due to the low light as easily and the abundance of food, thus increasing their survival rates/growth rates.

Our stocking numbers with the OTC process has been around the 4 million fry mark, now that we no longer have to OTC we can up our fry stocking levels to 5 to 6 million. That means we’ll target 7.5 to 8 million eggs in the hatchery, hopefully we end up with around that 6 million two day old fry to be released.

The Green Lake chapter fund raiser will be held on August 8, 2015 at Deacon Mills Park, Green Lake, WI. Please come and support an up and coming walleye fishery, where the next state record walleye is waiting for you! 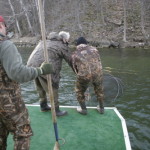 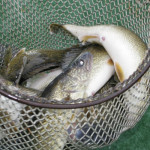 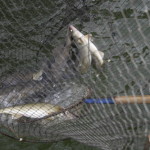 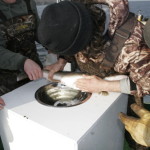 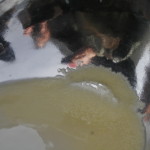 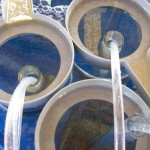 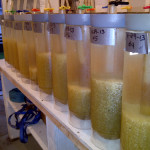 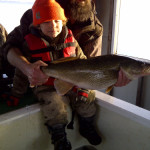