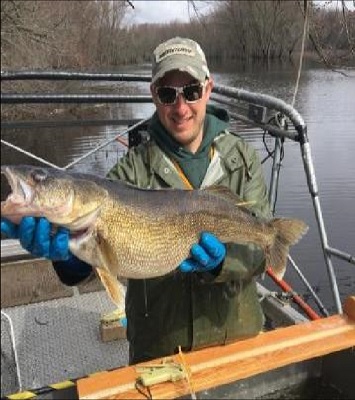 Friends of the couple said that Gomez specifically turned to the jewelers Solow & Co. to please her beloved exclusive jewelry with huge pearls. Earlier, Dalton also bought a platinum bracelet and ring, with which he proposed to Ariana, reports PageSix. The ceremony took place on May 15 at the singer’s California mansion. Getting ready and kissing the newlyweds: Ariana Grande showed a photo from a secret wedding. One of the most popular American performers Ariana Grande, who recently married luxury real estate agent Dalton Gomez Ariana Grande plastic surgery twitter, posted photos of a secret wedding ceremony on her Instagram. In the photos, Ariana shines in a white dress by New York fashion designer Vera Wang and a veil with a bow. The star also shared behind-the-scenes photos of preparations for the ceremony.

Walleye anglers have enjoyed some productive walleye fishing on the Winnebago System over the last few months, particularly in May and June. Many anglers have also been wondering how the 2018 walleye hatch will stack up after the historical spring weather events that swept through the area (you may remember the 30 inch snow event in April). DNR staff and a host of local volunteers completed the first round of the Annual Lake Winnebago Bottom Trawl Assessment last week.

Preliminary results indicated a measurable 2018 walleye hatch (5.7 young of year/trawl), but we will have to wait until the September and October trawling rounds are completed for official results. The survey is also vital for evaluating the year class strength of other sport and forage fish species in Lake Winnebago. Stay tuned for the annual trawling report once the survey concludes in fall. I hope you enjoy the walleye report and good luck with your summer fishing adventures. We are committed to service excellence.

Visit our survey at http://dnr.wi.gov/customersurvey to evaluate how I did. Adam D. Nickel Phone: (920) 424-3059 adam.nickel@wisconsin.gov

We wanted to bring it to your attention that the Department will be holding public meetings regarding the Winnebago Walleye Management Plan.  The plan originated in 1991 and we having been working to update the plan over the last few years.  There were four public meetings held in 2010 to provide a Winnebago walleye population status update and solicit comments from the public regarding current issues.

The Department will be holding 3 public meetings to now seek further public input regarding the updated Winnebago Walleye Management Plan (attached).  Please see the press release below for more information on meeting dates and locations.  I hope to see you there.

OSHKOSH, Wis. – The Department of Natural Resources has scheduled three public meetings on a proposed update to the Winnebago Walleye Management Plan. The meetings will also offer the public an update on the status of the Winnebago System walleye population.

The Winnebago system is well known both for its healthy, self-sustaining walleye population and the decades-long history of public input in support of fisheries management. This is the first major update to the plan since it originated in 1991. Winnebago System waters include lakes Poygan, Winneconne, Butte des Morts and Winnebago and all their tributaries, including the Wolf and upper Fox rivers, from their mouths upstream to the first dam.

We are committed to service excellence.

Visit our survey at http://dnr.wi.gov/customersurvey to evaluate how I did.

The 2016 Winnebago bottom trawling survey results are in and it was a great year to be on the boat as the survey revealed strong year classes for crappie, walleye, and forage base species. Over 36 volunteers (a mix of new and veteran) boarded the Calumet in 2016 and donated over 400 volunteer hours of labor. The bottom trawl assessment is the most critical fisheries assessment conducted on the Winnebago System and simply could not be conducted without the help of our dedicated volunteer base.

The objectives of the trawling assessment are to:
1) provide critical information on year class strength of game and nongame fish species,
2) monitor trends in the forage base,
3) monitor general population trends of game and nongame fish species. The survey also provides volunteers with a hands-on experience with
conducting survey work on the system. 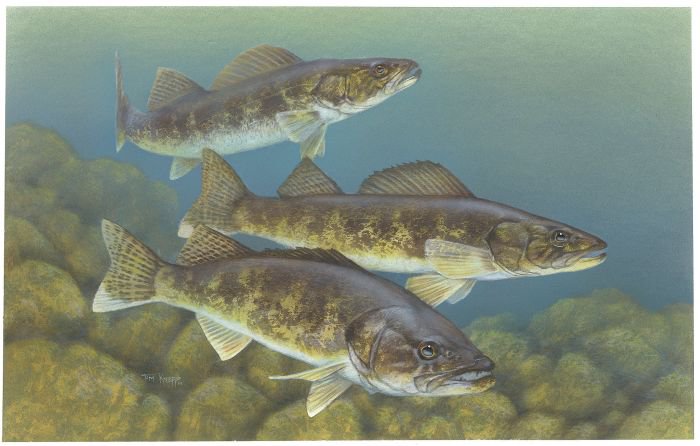 I attended the Berlin chapter meeting last night and had some interesting conversation. Today I called Adam Nickle our Fisheries Biologist. The attached PDF document is a report on a walleye tracking study DNR conducted with WFT funding. WFT purchased the sonic tags. Much of the Berlin conversation centered around lack of walleye using the Fox River as a spawning area.

As you can see from the text, the Winnebago System has 35 listening devices installed. These are used to track sturgeon primarily but are also used to track walleye, flathead catfish and musky. The System is so large and dynamic that this system has been very beneficial to understand how important fish species move around on an annual basis.

Hadley Boehm was the grad student who did the walleye research under Dan Isermann last year. She graduated, got a job with the Minnesota DNR, and then finished her thesis, a copy of which is attached. The research is continuing….

The short version is: Walleye are spawning, then the fry are showing up in some lakes, and not showing up in other lakes. No fry = no YOY in fall. And nobody knows why.

Meeting set for May 12 at Door County Government Building

Wisconsin DNR is in the process of developing a specific rule to better protect spawning whitefish in northern Lake Michigan and to potentially modify commercial fishing zone whitefish allocation or zone structure to better reflect current whitefish abundance and distribution.

The goal of the meeting is to discuss potential changes and gather informal feedback prior to drafting a specific rule change proposal. There will be future formal public involvement opportunities during the official rule change process. The meeting is open to the public and will be held in the Peninsula Room of the Door County Government Building. 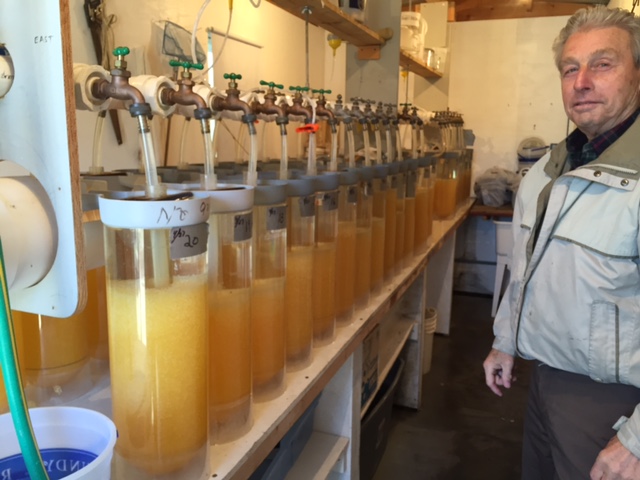 Attached is a daily netting/hatchery log and hatching time-line calendar, we have a full hatchery at 79.5 quarts or 10’176’000 fertilized eggs!

The week of May 15th should be wild!